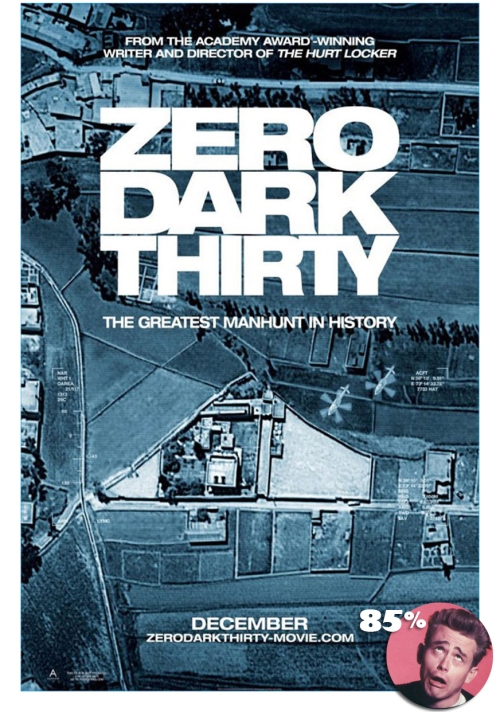 The title Zero Dark Thirty is military jargon for 30 minutes after midnight which is about the time the raid on the Osama Bin Laden compound was initiated by the Navy Seals/DEVGRU – but it took well over two hours to get to this incendiary point in the movie as Kathryn Bigelow and screenwriter Mark Boal first had to subject us to the oft seen cliche character of the smart, hard nosed, obsessive CIA agent who is determined to move heaven and earth, come hell or high water, to complete their mission and task of obtaining justice. While the depiction of the interrogation torture scenes are stirring all the controversy surrounding this movie, frankly I’m more tortured by the way Jessica Chastain’s performances continue to get so many accolades when this time around all she does is intensely stare at fucking computer screens – her one breakout moment being when she confronts her boss (Joseph Bradley) in the corridors of Langley which is terribly trite and predictable given that her reasoning is “a lot of my friends have died trying to do this, and I believe I was left here to finish it” or even better, later on, “I’m the motherfucker that found him”. 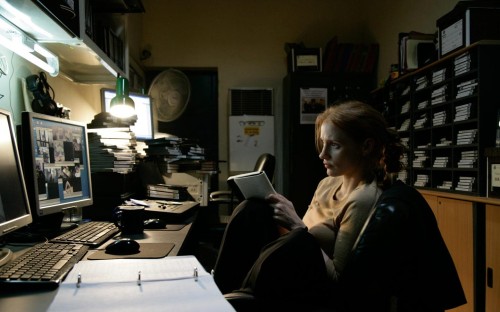 Now I don’t want to get into a pissing match with other bloggers out there like I did with Argo, so I’m not going to get into the accuracy and the degree of dramatic license of the Chastain character and how they portray her to single handedly find the most wanted man on the planet, but I will say that the dichotomy between the pursuit of Bin Laden and the seemingly accurate reenactment of the killing of Bin Laden is somewhat puzzling to me. It felt as though the climax had absolutely nothing to do with Chastain’s character at that point, especially when they occasionally cut to her nail biting reaction during the raid.

That’s probably why I enjoyed the night vision Navy Seals sequence and regret that it wasn’t more about their mission and preparation, I mean Chris Pratt did do all that work to get in good shape for it. But why cast Mark Duplass and James Gandolfini in such thankless minor roles? At least they have speaking parts unlike Ricky Sekhon who gets to play dead as Bin Laden! Still, Bigelow must be commended for her direction (and Alexandre Desplat score) though I feel it covers somewhat of the same terrain as her previous film, The Hurtlocker, and hope that she moves on to greener pastures. But James Gandolfini may get there before her.