The only reason I’m rating Oblivion a high 20% is for those snazzy velcro hightop sneakers Tom Cruise (Jack Harper) sports throughout – minus the scene he tosses them to go skinny dipping with his “effective” partner Victoria (Andrea Louise Riseborough) in their futuristic glass pool high atop the clouds safe from the toxic air below. Because as far as I can gather from Tom’s opening monotone narration – many moons ago there was some kind of war of the worlds shit in which space invaders not only decimated the Earth but even went so far as to destroy our moon! Now folks, that’s just plain rude. Who would do such a thing and why? Well that’s exactly what we have to figure out as Jack Harper grapples with his inner demons, allegiance, and ultimately his identity. (Sort of like how in real life Tom has to grapple with his homosexuality by suppressing it with his devotion to Scientology.)

Anyway, I don’t want to bore you with all the loopholes within this sci-fi movie but there are a few things which I just can’t dismiss lightly – Like how come when Tom is flying that high tech contraption he’s not wearing a fucking helmet? Forget about knocking your head about, but how about the radioactive air he has to breathe? And why would Victoria not wash her fucking hands after being completely wigged out over touching a toxic flower before preparing dinner? And when Jack Harper plays Led Zeppelin’s Ramble On you can clearly see him drop the needle on the vinyl to the first song on the side when that song is actually the third on side 2!! And lastly, I guess the bit about the moon.

And you know what else is gay? Creating something so trite, obvious, and especially unoriginal. As if we haven’t seen glass houses, underwater sex sessions, human pods, clones, underground bands of survivors or those Portal 2 drones before – we have to be subjected to more lame lovestruck Sleepless in Seattle and Love Affair goobers atop the Empire State Building.

“How could this happen? I was so careful. I picked the wrong play, the wrong director, the wrong cast. Where did I go right?” – Max Bialystock

Whether Robert Downey Jr. really meant he was too dumb to understand The Dark Knight or not he definitely proved his extreme low IQ in Tropic Thunder.

After three summer movies and an Inside the Actors Studio dick sucking session, Downey thinks he’s hot shit as he succumbs to Jack Black and Ben Stiller’s usual fart jokes. Tropic Thunder advertises that it’s a satire on war movies but if they really wanted to push the envelope, unlike the repeating Scary Movie franchise, it would of set the movie in Iraq and satirized the current war rather than Vietnam – making it a safe haven for gratuitous violence and gore. It’s attempt to also reveal the excesses of Hollywood filmmaking is quite unoriginal and ironic when you consider both Ben Stiller and Jack Black have made bank producing so much shit over their careers. And so it stands to reason that Downey is viewed comparatively as some kind of thespian parodying a thespian selling out too. What I find offensive about Downey is not that he’s in blackface but his fucking face in general and that he’s considered one of his generations great actors probably because he’s viewed as some tortured genius in and out of rehab. Yet the real irony is how Stiller is being slammed by the disability organizations for his portrayal of a retard when infact his whole career should be. But I think these organizations are fighting a lost cause because according to Rotten Tomatoes it has an 84% rating and Tropic Thunder being the number 1 movie is just another indication of the low standards in which the public is programmed into thinking who and what is funny, I mean just look at Dane Cook for chrissakes! Whatever happened to Mr. Bob Hope and Mr. Danny Kaye? If I’m old fashion then call me old fashion.

As for Tom Cruise’s so called unsurprising comic cameo, where even beneath all that makeup and prosthetics one still can’t help noticing that annoying arrogant voice, his need to be taken seriously (awarded the highest honor in Scientology) as an actor of diversity by showcasing his ability through the use of another jew dancing about to some ungansta like rap. He should of instead stuck with dancing on Oprah’s couch.

At least the Lance Bass cameo wasn’t delusional and infact the only funny moment in the whole movie besides the opening trailers. Given the nature of this beast and it’s apparent box office success I wonder how Stiller and his much needed think tank writing team will concoct a sequel? Maybe the little Vietnamese Boy comes back all grownup seeking revenge and letting the comedy ensue…

A surprising trivia note is how Owen Wilson was originally slated to play the part of the Hollywood agent in which Matthew McConaughey eventually took over after Owen gracefully bowed out by a fake suicide attempt over Kate Hudson. However credit is probably not deserved for such a smart move on his part for he probably just felt insecure with his acting chops alongside such knuckle-heads. And so, unfortunately we had to suffer through McConaughey’s running joke of providing tivo for his clients. At least he spared us for once  by not taking off his shirt. 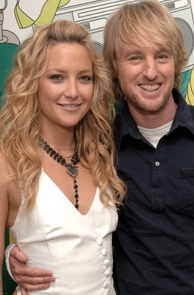 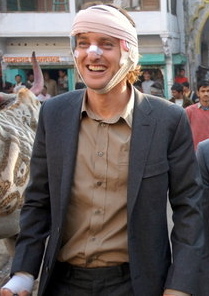