During the 1970’s not only did Scorsese make Mean Streets, Taxi Driver, and Raging Bull, but he also had a run of three fascinating and understated documentaries – Italianamerican, The Last Waltz, and American Boy: A Profile of Steven Prince, which are now classics in their own right. During this time one can easily surmise that Scorsese was at the peak of his creative powers and innovation (though later The King of Comedy and Goodfellas are works of genius too) and with the exception of Public Speaking, his last few docs have just been a hagiographic poetic waxing bordering on star-fucking! 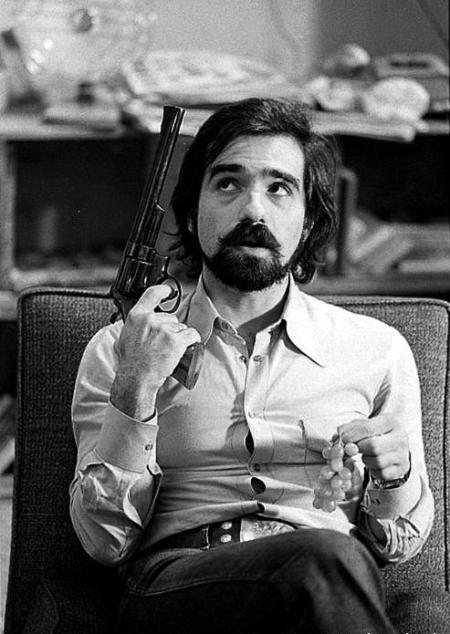 His latest, George Harrison: Living in the Material World may be even worse. At least Dylan’s creative output pre-motorcycle accident justifies him being deified as he went on to create masterful albums like John Wesley Harding, Blood on the Tracks, Desire, Infidels, Love and Theft, etc. (just to name a few) whereas George’s blew his wad on his debut, All Things Must Pass. I mean the proof is in the pudding – Gone Troppo? To be fair, he did have a few gems on his albums full of clunkers, but Scorsese was less interested in the music and more focused on George’s quasi spiritual journey from a Liverpool Teddy to becoming a some kind of Yogi Bear, secluded in a mansion surrounded by palatial gardens, gnomes…and that’s when I tuned out (basically when George’s Yoda, Norah Jones’ Dad, enters the picture and took Brian Jones’ cred for introducing the sitar to rock). It must be easy to believe in God when you have everything while I can’t get a night’s rest with post apocalypse roaches running around my apartment. 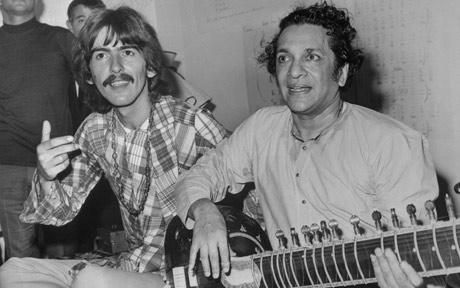 Speaking of the Stones, Shine A Light was also a missed opportunity and just another exercise in showcasing Mick and Keith prancing around, with only snippets of Charlie and Ronnie, completely neglecting that black Bass Player. One wonders why Scorsese didn’t apply the same steady shots, long takes, and editing as The Last Waltz where you can see how the musicians relate to each other – rather than creating the now standard MTV fake drama about a missing set list, cut with a bunch of close ups that can’t show off their guitar chops. But what really pisses me off is how the audience in front row of the stage, like product placement, is filled with models who probably never once even listened to Exile on Main St.! Where as I had to settle and stand in a long line of rejects to watch it in IMAX a year later.

Sorry. I know I come off sounding bitter and opinionated but I do love these golden gods and I Am the Walrus is my mantra – so Scorsese should be more mindful and artistic and not rely on just rare footage that he didn’t even have a hand in shooting and interviews in which he probably wasn’t present for (I refuse to believe that’s the most interesting corner in Eric Clapton’s house) unlike with Fran Lebowitz where he is an active participant. At least, given his track record, Ken Burns’ latest doc, Prohibition, will be infused with depth and not skip or gloss over chronological events with all the grit, grime, and glamour like Boardwalk Empire. But then again, I’m sure Ken Burns couldn’t deliver lines like “That you should see, what a 44. Magnum can do to a woman’s pussy.” Though I’m sure these words are no stranger to Phil Spector, who besides Austin Powers, appears to have the whackiest wig and most memorable appearance in Living in the Material World.

“Please, God, I don’t know what a goofball like me did to deserve this life, but thank you very much, and please let me know if I’m doing anything that would cause you to end it.” – Ringo Starr

bas·tard – an offensive or disagreeable person

Quentin Tarantino’s latest movie, Inglourious Basterds, makes the Sharon Tate murders look like a baby shower. At least Manson’s vision was more articulate and more inspired (The White Album), whereas Tarantino’s massacre is just a Leonesque like retribution that lacks catharsis with a lame rehashed soundtrack.

While Hebrew law in the Old Testament states, “An eye for an eye and a tooth for a tooth” I’m pretty sure God didn’t have an overgrown self proclaimed provocateur and teenage movie geek in mind to show them the promise land while scalping Nazi’s. Given that Tarantino is part Cherokee I wonder if an Indian made a Western revisionist movie about some tribe assassinating Lincoln in a balcony box theater and burning down the White House (given the cruel treatment and injustice they suffered from all our robbing, raping, and pillaging) that it would be widely celebrated in Iraq and Afghanistan…and parts of Pakistan…basically the whole Muslim culture including Cat Stevens. Anyway, Americans have a word for that and that’s the discovery of the New World. Jews call it the Holocaust, Manson calls it Helter Skelter and Tarantino calls it Inglourious Basterds. Ghandi warns, “An eye for an eye will make the whole world blind”…something clearly Tarantino and cohorts do not adhere to. But neither did Charlie’s.

Though I must admit the most villainous character of the Nazis, The “Jew Hunter,” Col. Hans Landa (Christoph Waltz) was quite affective in making Major Strasser from Casablanca look as harmless as the Crocodile Hunter (maybe it’s all that milk). I also enjoyed Brad Pitt’s Lt. Aldo Raine’s Southern inflection of the way he pronounced “Nazi.” I wonder if Born again Christian Tex Watson had the same dialect when selling pigs wigs. The film debut of Melanie Laurent, who plays the sole surviving family member that fled from Col. Landa’s clutches, is subjected to the worst trivial getting dressed to kill montage accompanied with Bowie’s Cat People (Putting Out Fire) (whoa, irony!) but otherwise is very good as an Anne Frank type gone postal. While the rest of the Basterds rumor a threat with nicknames such as “Bear Jew” and “Little Man” none are as intimidating as the  posing sweet Sexy Sadie, Squeaky, Clem, LuLu, and JC. 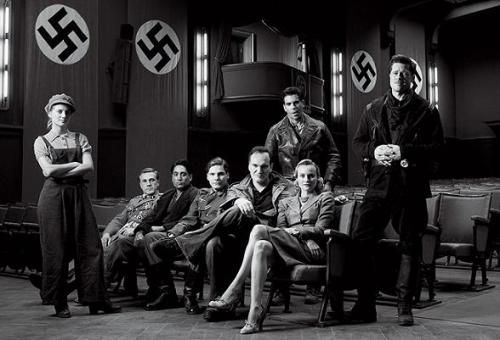 I am curious to know what drugs Tarantino used vs. this hippie gang bang. With the script’s inconsistent intro flashbacks, repetitious dialogue and slow motion sequences adding minutes lasting hours I wonder if it was just an Adderall overdose.