Scott Pilgrim vs. the Baby Boomers 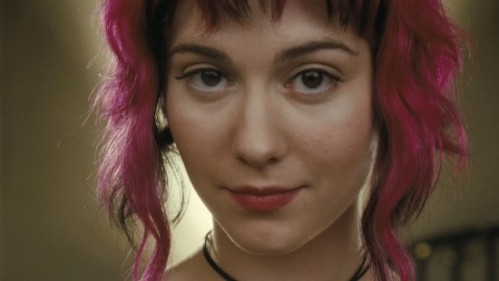 “Ramona come closer shut softly your watery eyes. The pangs of your sadness shall pass as your senses will rise. The flowers of the city though breathlike get deathlike at times. And there’s no use in tryin’ t’ deal with the dyin’ though I cannot explain that in lines.”-Bob Dylan

Mario, Donkey Kong, and just about every other video game has provided geeks the virtual dream of being “the Hero,” needing only their thumbs to Kick Ass and save the girl. Only in Scott Pilgrim the girl is not exactly a damsel in distress but a total skank. Set in bleak present day Toronto, a snow globe world (that even the late Harvey Pekar’s Cleveland would find dismal and mundane) of gently falling flakes and pop up captions against wood wall paneling, cheap carpets, futon beds, and Charlie Brown clothing, Ramona Flowers (Mary Elizabeth Winstead), has left a carnage of seven deadly disgruntled and jealous ex-boyfriends against our posterboy hero, Scott Pilgrim (Michael Cera). Encouraged by his gay roommate, Wallace Wells (Kieran Culkin), not only to find his own bed but also to save himself from being just another 22 year old slacker bassist in a Breakfast Club garage band, who still dates a high school girl, Knives Chau (Ellen Wong), and to instead suck it up and defeat in Mortal Combat the League of Evil Exes.

While Cera continues to portray his typecast to a T, with his band mates equally sharing the spotlight, and Jason Schwartzman continues to ham it up for his Hipster fans, it’s essentially due to modern day and ultimate spoof Director Edgar Wright and The Matrix cinematographer Bill Pope and their attention to detail of this mundacity with it’s Speed Racer like and elliptical cuts and it’s whimsical innocence of arrested development non-pot smoking cast of characters that lift it from it’s graphic comic book origins and video gaming to perhaps actually resonate to the 20 something generation.

But since the Baby Boomers left us with no values and out resourced our jobs who wouldn’t look to an alternative gaming life or start a Ponzi scheme. Instead we have turned pussy whipped into thinking that true love is a milestone to live and die for and in the in term are busy updating our facebook status and cyber-sexing. But then again Joesph Campbell nor Arnold van Gennep never played the bass let alone would ever be associated with a group called the Sex Bob-Omb. I only mention it “‘Cause sometimes there’s a man…I won’t say a hero, ’cause what’s a hero?…but sometimes there’s a man…” 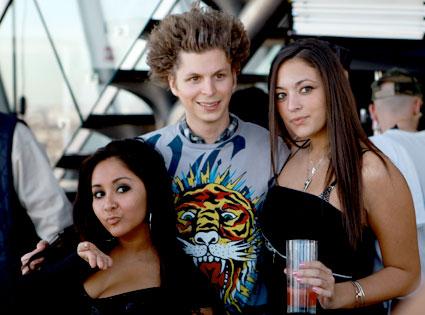