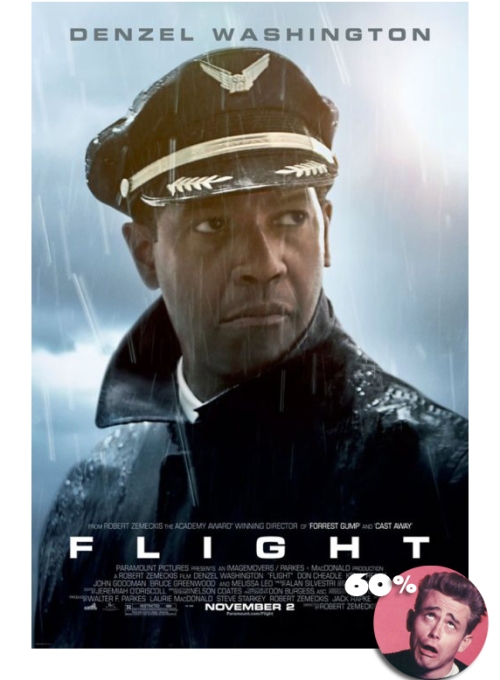 A fucking moron could have told you don’t drink and fly before wasting 2 plus hours watching Robert Zemeckis’ Flight. But maybe it’s still worth the price of admission for the first 30 minutes alone which are riveting. And I’m not just talking about that spectacular plane crash but also the opening shot of the flight attendant’s T & A, Denzel’s butt crack, and the bump in the morning that proceeds the wreckage before this movie literally takes a nose dive. 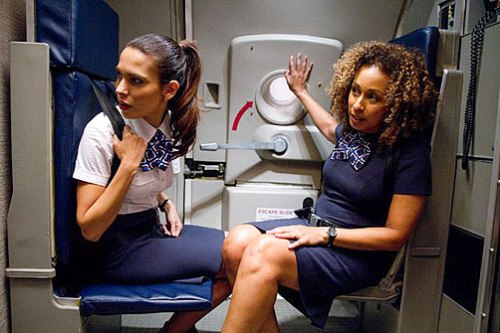 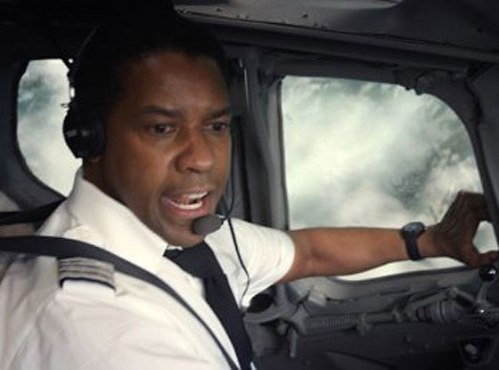 In the wake of this, Denzel, who plays an alcoholic commercial airline pilot, struggles to pick up the pieces and along the way picks up a strung out woman (Kelly Reilly) recovering from an overdose of hillbilly heroin in one of those hotspot hospital stairwells. But this subplot romance is just an excuse to have somebody count all the fucking empty bottles of booze Denzel consumes and nag him to attend AA before his upcoming criminal liable investigation – where because of a defective mechanical part he saved the majority of the passengers, drunk as skunk, by using the old flying – the plane – upside down – trick. Though what was really defective was the old alkie father – estranged  from his son – trying to repair the relationship – trick. I mean we’ve all seen that before, and being that it is a big budget Hollywood movie we all know that corny redemption ending of course. As well as the loveable comic relief drug dealer, John Goodman, for all those pinheads in the audience still hung up on the silliness of such make believe characters in Argo. But maybe Goodman is on to something, with shades of Walter Sobchak, in that he’s able to be more animated than the other supporting cast that just read as a bunch of uptight corporate stiffs that represent the airlines interest in Denzel. At least his co-pilot was memorable as a Jesus freak. 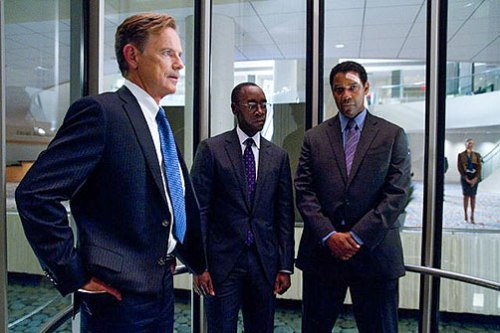 If I was in Denzel’s shoes when asked who drank the vodka, I would’ve just simply said, “I don’t know” to the prosecutor – and rather than be behind bars, hit the bars after instead. And then order me up a vodka martini shaken, not stirred, to get myself in the mood to see Skyfall in IMAX this Friday! So fuck y’all! 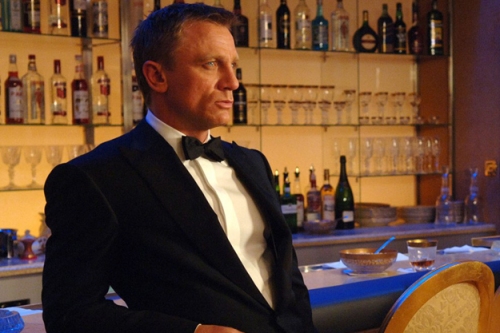 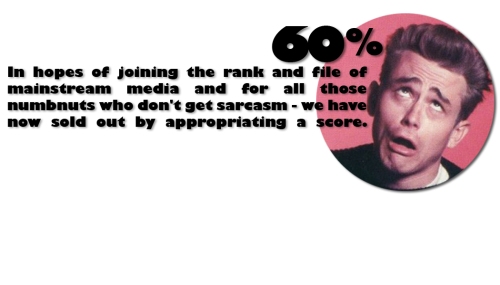