Earlier this week it was announced that new tabloid junkie Amy Winehouse has been replaced by rocker Jack White and soul singer Alicia Keys to record the latest Bond pic, Quantum of Solace, theme. I personally do hope they incorporate the title into the lyrics but not much rhymes with Solace other than Gonzales? This duet marks the first of any in the 007 theme history and is said to be released October 28th.

The Bond theme songs have often featured popular artists of it’s time. Paul McCartney and Sheena Easton were the only Academy Award nominated while Duran Duran and John Barry’s “A View to Kill” were the only others to make US charts. Currently there is no available compilation of these themes on a single CD – most likely because of all the bickering between Brococoli and Saltzman.

Matt Monro – “From Russia with Love”

Nancy Sinatra – “You Only Live Twice”

John Barry – Instrumental (the only)

Lulu – “The Man with the Golden Gun”

Carly Simon – “Nobody Does it Better”

Sheena Easton – “For Your Eyes Only”

Garbage – “The World is Not Enough” 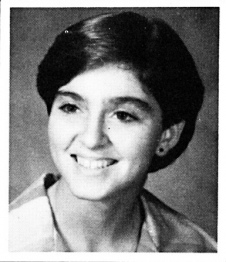 Chris Cornell – “You Know My Name”

THE MAN BEHIND THE SILHOUETTES

Maurice Binder is the original Title Designer for the first 16 Bond flicks (excluding From Russia with Love and Goldfinger) who has perfected to a scintillating science the use of silhouetted naked women dancing across the silver screen titillating millions of moviegoers thus enhancing the theme songs and singers more often than not with the exception being A-ha and Lulu. After 27 years, from his first sequence in Dr. No to his last in Licence to Kill, you would think he would get sick of rehashing the same tried and true and show us a little titty – Janet Jackson style.