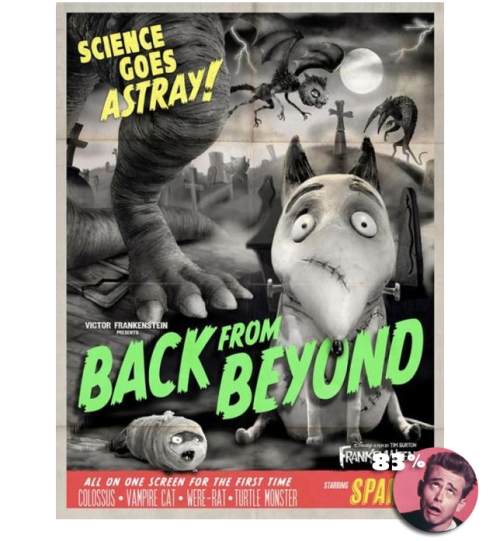 There comes a point in almost every artist’s life who has created a substantial body of work when they tend to become repetitive and consequently less innovative (kind of like this blog). But at least you can say they have an individual style and in some privileged cases a coined genre – such as Fellinesque, Kafkaesque, or the oft use Orwellian. I suppose Tim Burton falls into this sort but other than Ed Wood and Pee-wee’s Big Adventure, his stylistic vision is only fully realized through the stop motion animation medium – because the rest of his movies are marred with horribly contrived CGI sets and eccentric caricatures that are never able to transcend and translate to live action, especially Johnny Depp. 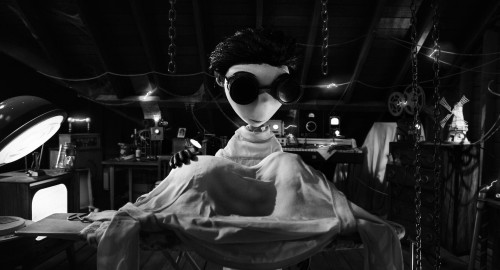 Though he tried with Corpse Bride, I think it’s fair to say Burton will never top The Nightmare Before Christmas, but this time around he makes a valiant attempt back to stop motion with his latest, Frankenweenie. Given that it’s a remake of his own 1984 live action short, it was refreshing to see it still shot in black and white with it’s visually dazzling cinematography and sets without the infestation of sellout hollywood fools. Reunited with past monster, Martin Landau, and true long time Canadian weirdos like Martin Short, Catherine O’Hara, Winona Ryder (MN might as well be Canada) and that ghoulie kid from The Middle, we are treated moments of true humor and good cheer without that patronizing tone in every other kid flick.

Though the movie would have been better with a bittersweet ending and the moral that sometimes you just have to let go of the ones you love – instead of – just use your ingenuity and you too can live happily ever after and be immortal…Cause I’m pretty sure that annoying brat behind me that kept kicking my seat and wouldn’t shut the fuck up probably never even heard of Old Yeller. 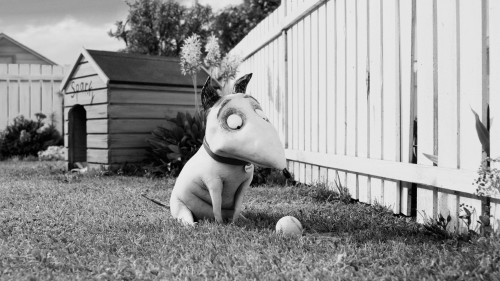 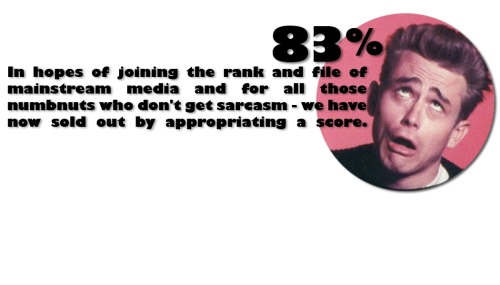