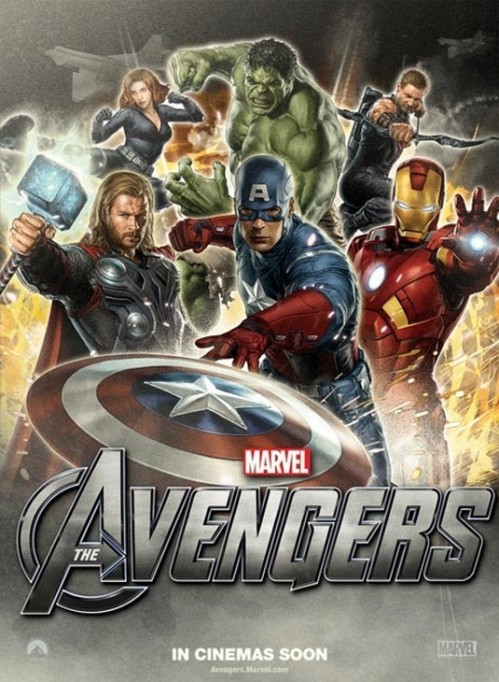 Last we spoke I was marveling Joss Whedon’s Cabin in the Woods and now – the long awaited, Avengers movie. Whereas Cabin was taut with radical twists and turns, The Avengers was predictably silly and action packed with super hero special effects. But what sets this marvel apart from it’s lame predecessors is the branded Whedon humor. And Thor takes the cake when it comes to delivering his lackluster Shakespearian lines – talk about a meathead wielding a hammer around. Mark Ruffalo succeeds as the first credible Hulk (even if Iron Man seemed a bit to eager to see Banner bust out of his pants) and Captain America, who after fending the world off from Aliens with supernatural beings, still believes in one God, makes a defiant U.S. soldier.

What wasn’t funny was every time Scarlett Johansson opened her pouty mouth – it’s no wonder there wasn’t a movie for the Black Widow. Making no attempt at a Russian accent, Scarlett hasn’t made an effort to act as anything but a whore since Ghost World. At least she wasn’t made the love interest of the story, which would of been unbearable considering the movie is already two and half hours long. As for the unconvincing nemesis Loki, Tom Hiddleston comes off like a wannabe Cillian Murphy.

My biggest gripe with this movie is – not that it ended with the Super Heroes thwarting the single nuclear missile that was intended for them and thereby turning the tables by redirecting it to ultimately destroy the Aliens, but that they demolished my beloved Grand Central Station and knocked the fucking clock off the top of the info booth. Why couldn’t they have chosen Port Authority instead?

2 responses to “Gangs of New York”