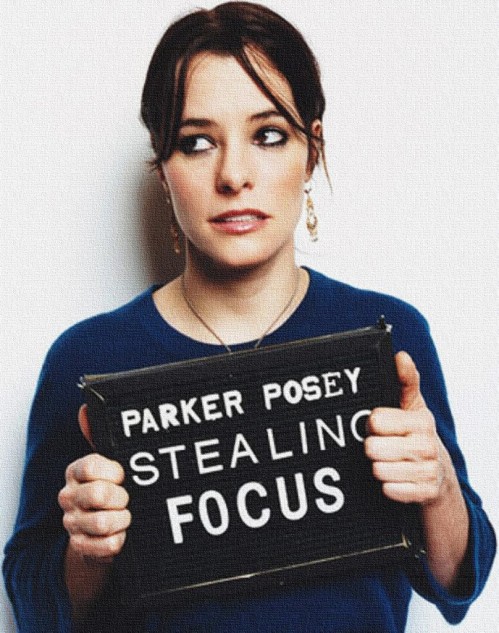 On January 12th, wearing a white hat with ear flaps, Parker Posey was spotted in the lobby of the IFC Center in NYC after an unsuccessful shopping trip to Kim’s Video. While debating on whether to buy Holy Mountain on DVD or a box of Milk Duds to sneak into Film Forum (where they only sell healthy bake goods). Me, being nosey for Posey, overheard her saying she will be attending the Berlin Film Fest in February to premiere her latest movie Happy Tears. She then passed on the Holy Duds as she ran late to catch her show.

On December 28th after hearing a familiar voice I turned to find Potions Master, Severus Snape, aka Alan Rickman on line to see the 1:30 p.m. show of Revolutionary Road. While carrying a Dean and Deluca bag, probably full of expensive goodies that still pass as cheap compared to $4.00 bags of candy and $12.00 movie tickets at the Union Square Regal Theater (NYC), proceeded to scan all the movie posters along the wall quietly mumbling with unidentified persons. When finally arriving to auditorium 4 he took a seat toward the back center where he probably ate caviar and drank Perrier. I was seriously considering asking him if he was here in NYC to see Daniel’s willy in Equus but opted to just snag a quick pic instead. 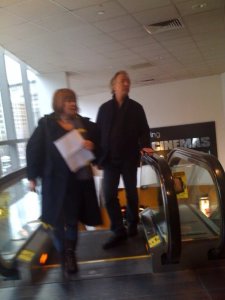 In late October on my way to my 9 a.m. class I was forced to cross the street  on 2 ave and 20th in Manhattan so that Glenn Close could continue shooting her second season of Damages. Her character was spying on some kids in a playground through a fence. I took notice of how she has aged so gracefully and didn’t go overboard on the botox and the knife unlike so many ageing ingenues and is now on the right side of the law and not cooking rabbit stew.